Animation Throwdown: The Quest For Cards is a card game where players battle each other with cards based on characters and elements from Family Guy, American Dad!, Futurama, Bob’s Burgers, and King of the Hill. Players can also purchase more cards, upgrade their cards, and research card combos to use in battle.

This playthrough is basically me playing this game while attempting to complete the campaign while replaying certain campaign levels to earn exclusive rewards and leveling up in Brawl mode to unlock new characters to play as.

Play the game on Android, iOS, Steam, and even online!
http://www.animationthrowdowngame.com/ 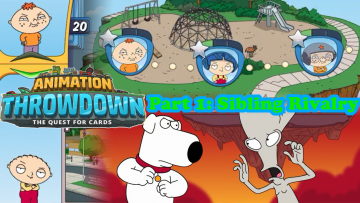