This game is a remake of the first game in the series while also being based off of the movie of the same name. Ratchet and Clank team up while collecting weapons, upgrades, and abilities to save the Galactic Rangers (and possibly the whole universe) from the forces of evil!

This playthrough show me trying to achieve 100% completion of this game. 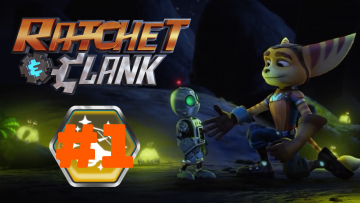