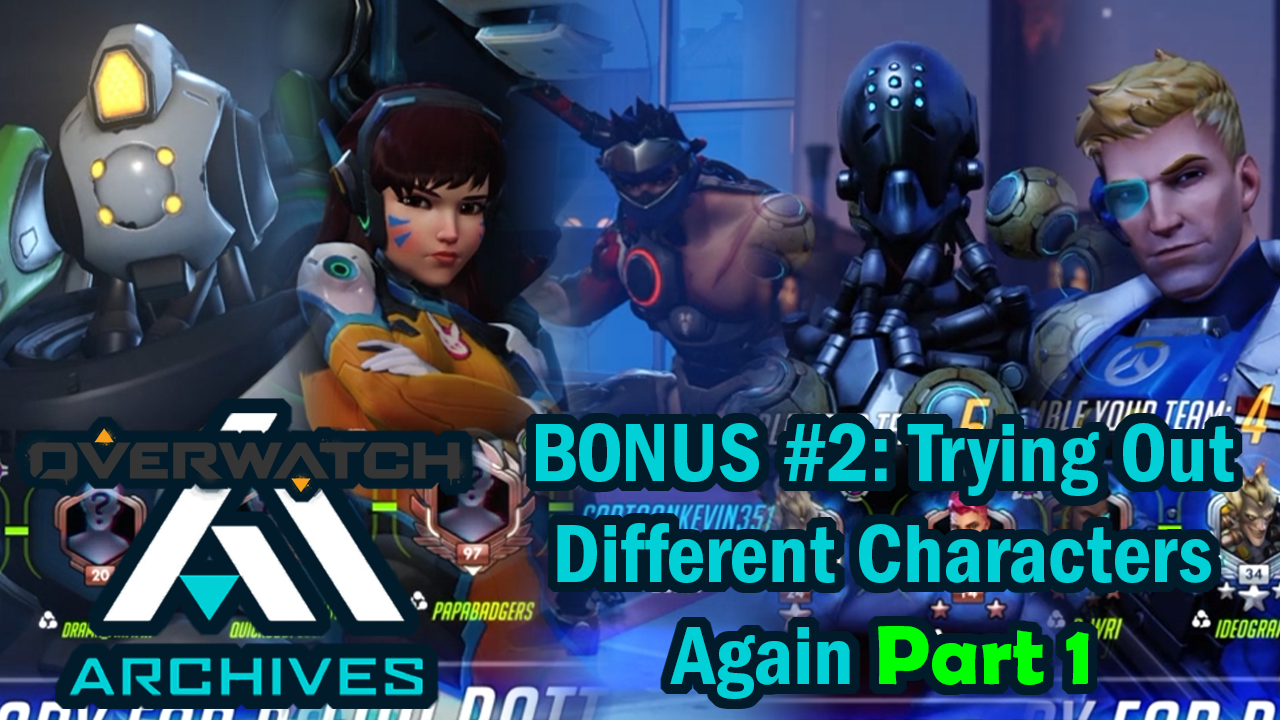 This playthrough shows me trying out the Overwatch Archives for the first time ever. This event took place from April 16th until May 6th. It is no longer available, but I still wanna show you my point-of-view in participating.

This second bonus video is basically the exact same thing as the first video, except with more variety. However, the initial video was too long, so I decided to split in half and showcase the second half later…

Sound effects taken from the following:
Ed, Edd n Eddy © 1999 Danny Antonucci and Cartoon Network
All other audio from the added sound effects are property of their respective owners.