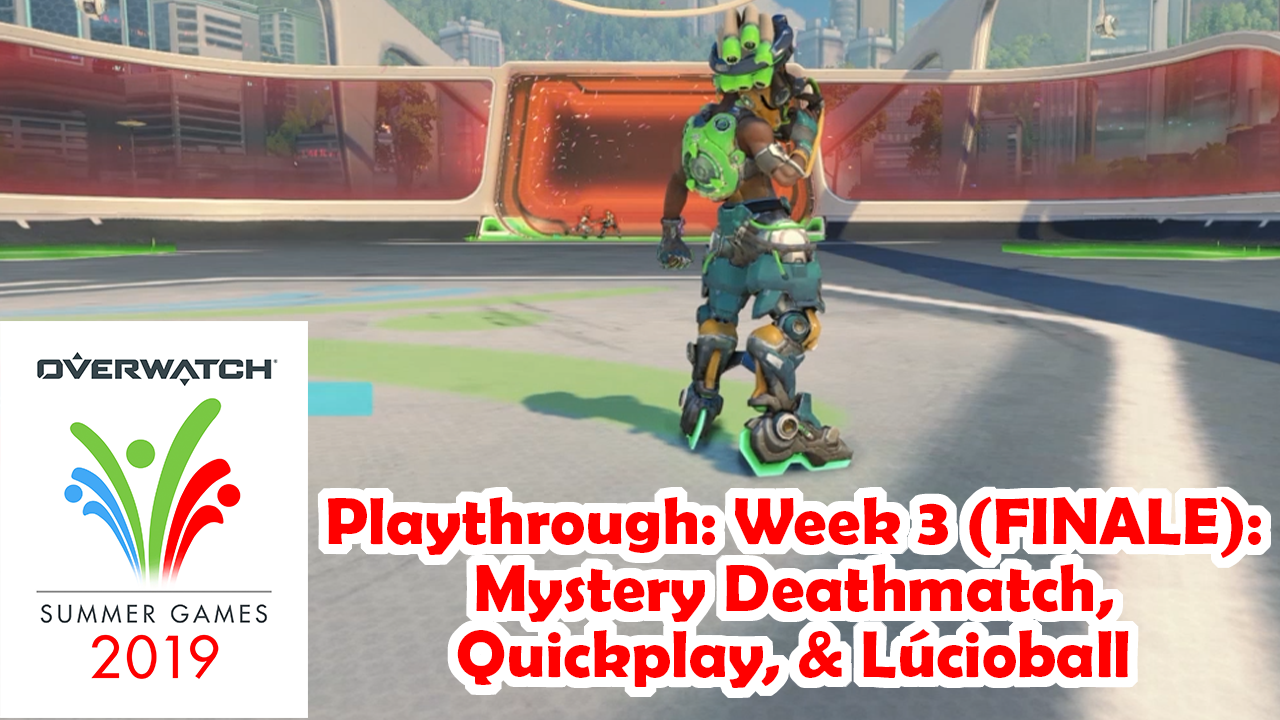 This playthrough shows me trying out the Overwatch Summer Games event of 2019. This event took place from July 16th until August 5th. It is no longer available, but I still wanna show you my point-of-view in participating.

The title of this video, explains everything…